Through the resolution, the RDBN is also voicing its support for the efforts of the Nechako First Nations to restore more natural flows to the Nechako River and its affected tributaries, which will benefit all communities in the region.

The Nechako First Nations and the RDBN are committed to working together to ensure the Nechako River and watershed are restored to a more natural condition.

Gerry Thiessen, RDBN Chairperson and Mayor of Vanderhoof:
“Local communities, First Nations, and non-Indigenous communities alike, have suffered from the impacts of the Nechako water management regime which has prioritized energy production over a healthy river and fish populations. The people of our region, those who use and depend on the River, deserve a healthy river and watershed – and a legitimate seat at the table when it comes to water management. The Regional District has concerns regarding Rio Tinto’s Water Engagement Initiative as a sufficient or legitimate forum for community input on water management and strongly supports the efforts of the Nechako First Nations to assume a role in the governance of the river consistent with their claims of Aboriginal rights and title.”

Robert Michell, elected Chief of Stellat’en First Nation:
“Since time immemorial, the Stellat’en people have lived beside and on the Nechako River. The River was our economic and spiritual lifeblood – our grocery store, our highway, our church. It was taken away from us and converted into an industrial canal without any consultation or compensation. We need what was lost to be returned. And when it is - when the River is brought back to health - everyone in the region will stand to benefit.”

Larry Nooski, elected Chief of Nadleh Whut’en:
“After the Kenney Dam was built, the water stopped flowing the way it always had. I remember the heartbreak for our Elders. I could see and I could feel the hurt they felt while walking on the bed of the Nechako River, as they realized that the construction of the Kenney Dam spelled the end of a great river.”

Mark Parker, RDBN Vice-Chairperson, Electoral Area ‘D’ (Fraser Lake Rural):
“The people of the Region have been deeply engaged in promoting the health of the Nechako River for many years. There is a recognized public interest in the Nechako River functioning properly and in sustaining biodiversity, particularly with respect to fish and other species that thrive in a healthy ecosystem. It is time for a new river management regime - one that prioritizes the health and public interest of the river.”

Historically, the Nechako River was one of the largest tributaries of the Fraser River. It was the breeding ground for the Nechako white sturgeon and contributed significantly to highly valued salmon populations.

The reduction in the natural flow has significantly affected the River’s fish populations and habitat. The Nechako white sturgeon has been suffering from “chronic recruitment failure” since at least 1980 and is on the precipice of extinction. The lack of spring freshet and the dewatering of the floodplain and side channels are impairing chinook salmon productivity and recruitment. Migrating sockeye salmon in the Nechako River encounter artificially warm water temperatures that are affecting pre-spawn mortality.

The Nechako River is of spiritual significance and cultural importance to the Nechako people who are descendants of the Indigenous inhabitants who lived along and relied upon the Nechako River since time immemorial. The Kenney Dam has fundamentally altered the Nechako River, and the on-going infringements on the claim of the Nechako First Nations’ Aboriginal title and rights are inconsistent with the principles in the recent legislation passed by the BC Legislature to implement the United Nations Declaration on the Rights of Indigenous Peoples.

Reconciliation between Indigenous and non-Indigenous peoples in the Nechako region is incompatible with the current operation of the Kenney Dam and Nechako Reservoir. The Regional District stands shoulder-to-shoulder with the Nechako First Nations in opposition to the continued degradation of the Nechako watershed and in the hope for a meaningful role in the management of a new, more natural flow regime. 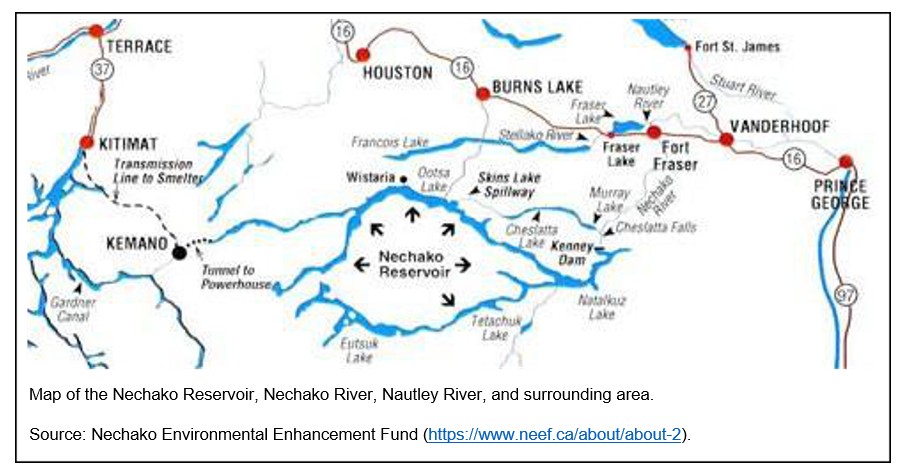 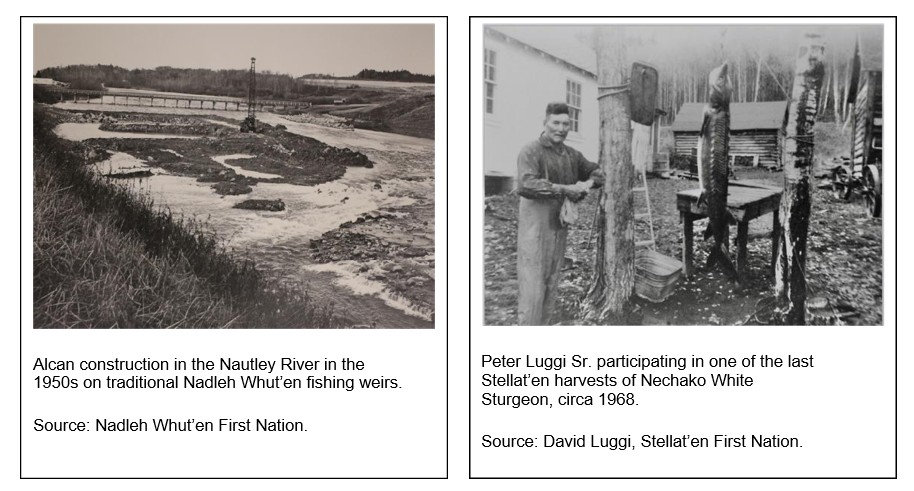 Search local government websites and the CivicInfo BC archives.